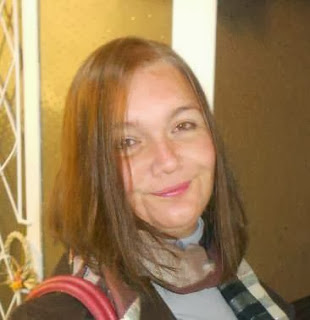 I read a blog post a few months ago.  It was written by a women who has recently left her abusive boyfriend.

I read it and thought, "Poor thing, it must be hard."

Then I realised, "Wait a minute that happened to you as well."

I was happy because I realised how well I have healed.  It's weird but when something reminds me of the past, I don't think of past me as being me.

Michael and I celebrate being together for 10 years in December this year and I am incredibly grateful.


A friend of mine said to me recently, "People choose the partners that they think they deserve."

My first husband  hit me and then promised it would not happen again.  It became a cycle. We both had terrible tempers and would edge each other on.  We were too young and completely unsuited.  I don't despise him and I don't harbour any anger towards him, he has mellowed well  and he loves his daughters completely.  He is remarried and I am very fond of his wife and glad that they are happy.

After the divorce I met a childhood friend, she warned me that many people end up in abusive relationships the second time around.  I was horrified, how could she even think that I would put myself and my children into harms way ever again.

I still have battle scars.  He once threw a 15 litre water barrel at me.   He threw knives at me.  He held a loaded gun to my head.  The external scars were nothing compared to the internal scars.

After my second divorce I was broken and my daughters were broken.

I was consumed with guilt because I felt I failed as a mother. My own mother is one of the best mothers in the world she supported me throughout.

A friend said to me, "When you became involved with this man, did you know he was going to become abusive or did you think he was going to help you take care of your daughters? You were not looking into a crystal ball- to our knowledge our decisions are best, because we don't see the future."

When she said this to me, my healing began.  Ricky I lost contact with you many years ago, but THANK YOU.

I decided I would never become involved with a man ever again, I did not trust my own judgement.

Despite my past, when I met Michael I instantly knew and I apologise for the cliché but HE WAS THE ONE.

With every man I ever dated before I had a niggling feeling that not all was right.  With Michael I have never had any doubts.

Michael did not heal me,  I healed me, but his support did help a great deal.  There is no such thing as a magical Prince who sweeps you off your feet and takes you to his castle and you live happily ever after in La La land.  Although being with Michael has come very close being my personal fairy tale.

Those first years were not easy for him, he was instantly Dad and went from comfortable bachelorhood to being surrounded by a bunch of girls.

I added to my guilt list.  I had a hysterectomy two years before I met him so he would never be able to experience having children of his own as long as he stayed with me.   Overnight I took him from his easy responsibility free life. No matter how much he reassured me that he was where he wanted to be, I could not believe that I could absolve myself.

Despite the many difficulties, the laughter and fun in our household has by far outweighed the hard times.

I was not easy to live with.  I felt it was my obligation to keep the self blame torch burning.  I reasoned that if I forgave myself it would make what happened in the past alright.  I don't know when I began to understand: "You don't have to forgive him but you do have to forgive yourself."  The healing was gradual.  I am lucky I have a wonderful family.

Our family loves teasing me because I am awesome and interesting. (That's my version and I am sticking to it.) Carmen sighed the other day and said, "I don't know how Michael puts up with you."

I replied, "I don't know how Michael ever managed before he met me, his life was so dull.  I added excitement to his life, he is the one that should be grateful."