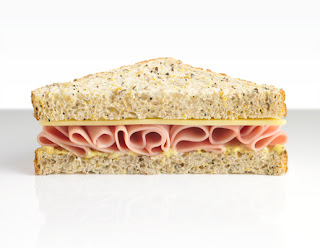 Jess came home from school, opened the fridge, looked in and sighed deeply, then went to her bedroom.

Michael:
"What are the dramatics about."
Me:
"She is silently telling us there is nothing to eat in teenager terms" (teenagers do not prepare anything, food to eat is ready made)

Michael:
"There is some ham left over, you can make Jess a ham sandwich."

I make Jess a ham sandwich and take it to her.

About an hour later.

Michael:
"If you take two slices of bread and put margarine on them and tell a corny joke you will have an instant ham sandwich."

Michael:
"Corny joke, hammy joke.  Don't you get it the corny joke is hammy, hence the ham sandwich."

Me:
"And they say my jokes are terrible.  Jess are you listening to this.  Do you still think Michael is better at telling jokes than I am."

Jess:
"He is still better Mom, his jokes are still funny, yours aren't"

I really don't understand my family.